Moms Across America and consumers have initiated a campaign to urge Home Depot and Lowes, two of the largest retailers of Monsanto’s weed killer Roundup, to pull the products from the shelves due to improper labeling and their carcinogenic effects, writes Zen Honeycutt.

“Home Depot and Lowes promote the sale of Roundup not just in their weed and pest control sections but in several prominent places throughout their stores. 1 in 3 people in America are expected to get cancer. This is a blatant preferential promotion of a carcinogenic product during a time when 1 out of 3 people in America is expected to get cancer, according to The American Cancer Society. Without proper labeling, this is misleading and irresponsible. Even if there were proper labeling, we urge retailers to listen to the consumers calling their offices and pull the product from the shelves to protect their customers,” said Zen Honeycutt, Founding Executive Director of Moms Across America.

Glyphosate, an ingredient in Monsanto’s Roundup, was placed on the CA EPA Prop 65 carcinogen list on 7 July, 2017. According to thirty years of California EPA Policy, one year later all products in California that contained the chemical glyphosate were identified to be labeled with a warning label for carcinogenic and/or reproductive effects. This CA Prop 65 warning label mandate did not happen by its scheduled 7 July, 2018 date of enactment because Monsanto sued and the judge temporarily placed a stay on that procedure.

The request coincides with the week of the commencement of the Johnson v Monsanto trial. Dewayne Johnson, a 46-year-old pesticide applicator for the Benicia, California school district, used Roundup hundreds of times over a period of about three years and now has non-Hodgkin's lymphoma. Studies have shown an increased risk of contracting non-Hodgkin's lymphoma with glyphosate herbicide exposure. Despite wearing full protective gear, over 80% of his body is covered with lesions and doctors predict he has two years to live. Johnson has a wife and three children.

The International Agency for Research on Cancer (IARC) classified glyphosate as a probable carcinogen in March of 2015. Nonprofit organizations like Beyond Pesticides and Moms Across America provide information of over ten alternatives to Roundup and support for school districts, towns, and counties to go toxin- free.

Moms Across America is a 501c3 nonprofit with the motto of 'Empowered Moms, Healthy Kids'.

Related Topics:featuredfull-image
Advertisement
Up Next

What is carbon neutrality and how can it be achieved by 2050? 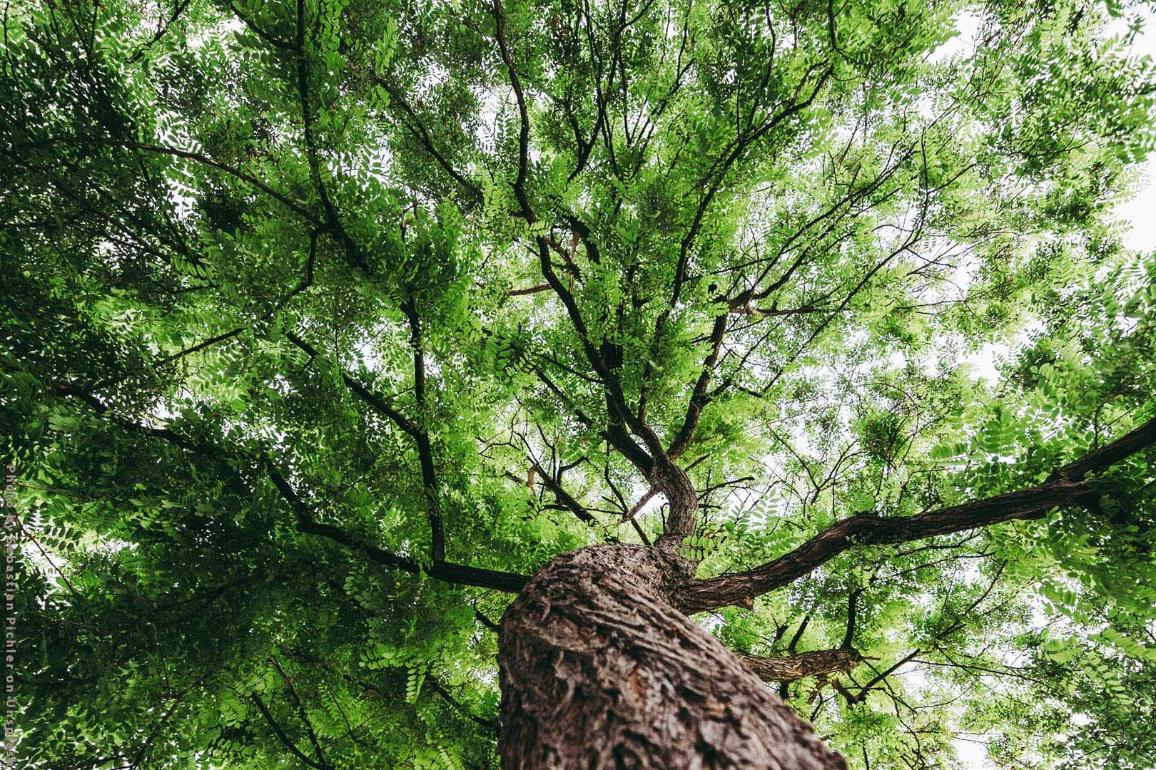 In order to limit global warming to 1.5 degrees Celsius – a threshold the Intergovernmental Panel for Climate Change (IPCC) suggests is safe –carbon neutrality by mid-21st century is essential. This target is also laid down in the Paris agreement signed by 195 countries, including the EU.

In November 2019, the European Commission presented the European Green Deal, its flagship plan that aims to make Europe climate neutral by 2050.

What is carbon neutrality?

Carbon sink is any system that absorbs more carbon than it emits. The main natural carbon sinks are soil, forests and oceans. According to estimates, natural sinks remove between 9.5 and 11 Gt of CO2 per year. Annual global CO2 emissions reached 37.1 Gt in 2017.

To date, no artificial carbon sinks are able to remove carbon from the atmosphere on the necessary scale to fight global warming.

The carbon stored in natural sinks such as forests is released into the atmosphere through forest fires, changes in land use or logging. This is why it is essential to reduce carbon emissions in order to reach climate neutrality.

Another way to reduce emissions and to pursue carbon neutrality is to offset emissions made in one sector by reducing them somewhere else. This can be done through investment in renewable energy, energy efficiency or other clean, low-carbon technologies. The EU’s emissions trading system (ETS) is an example of a carbon offsetting system.

The European Union is committed to an ambitious climate policy. Under the Green Deal it aims to become continent that removes as many CO2 emissions as it produces by 2050. This goal will become legally binding if the European Parliament and Council adopt the new Climate Law. The EU’s interim emission reduction target for 2030 would also be updated from the current 40% reduction to a more ambitious one.

The Parliament’s environment committee voted on 11 September in favour of climate neutrality by 2050 and of a 60% emission reduction target by 2030 compared to the 1990 level - more ambitious than the Commission’s initial proposal of 50-55%. Committee members are calling for the Commission to set an additional interim target for 2040 to ensure progress towards the final goal.

In addition, committee members called for all EU countries individually to become climate neutral and insisted that after 2050, more CO2 should be removed from atmosphere than is emitted. Also, all direct or indirect subsidies to fossil fuels should be phased out by 2025 at the latest.

The Parliament as a whole will vote on the Climate Law during the plenary session on 5-8 October, after which it can start negotiations with the Council.

Currently five EU countries have set the target of climate neutrality in law: Sweden aims to reach net-zero emissions by 2045 and Denmark, France, Germany and Hungary by 2050. 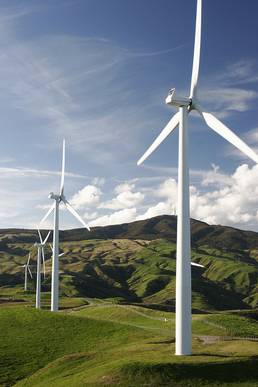 The European Commission has published the rules for a new EU Renewable Energy Financing Mechanism, to apply from the start of 2021. This Mechanism will make it easier for member states to work together to finance and deploy renewable energy projects – either as a host or as a contributing country. The energy generated will count towards the renewable energy targets of all participating countries and feed into the European Green Deal ambition of reaching carbon neutrality by 2050.

Energy Commissioner Kadri Simson said: “To reduce Europe's greenhouse gas emissions by at least by 55% by 2030, we need to significantly increase the share of renewable energy. This mechanism provides an additional tool to facilitate investment in clean energy projects. It will encourage cooperation between member states and give a practical boost to our green recovery efforts in the coming years. It can help stimulate Europe's economies by getting large-scale projects off the ground and by supporting local SMEs and creating jobs.”

As foreseen under the Energy Union Governance Regulation, this Mechanism will be managed by the Commission, bringing together investors and project developers through regular public tenders. It enables ‘contributing member states' to pay voluntary financial contributions into the scheme, which will be used for renewable energy projects in interested member states (‘hosting member states'). More information is available here (including a link to the implementing regulation), in this factsheet and on the Renewable Energy Financing Mechanism webpage.

The European Commission has decided to launch a €1 billion call for research and innovation projects that respond to the climate crisis and help protect Europe's unique ecosystems and biodiversity. The Horizon 2020-funded European Green Deal Call, which will open tomorrow for registration, will spur Europe's recovery from the coronavirus crisis by turning green challenges into innovation opportunities.

Innovation, Research, Culture, Education and Youth Commissioner Mariya Gabriel said: “The €1 billion European Green Deal call is the last and biggest call under Horizon 2020. With innovation at its heart, this investment will accelerate a just and sustainable transition to a climate-neutral Europe by 2050. As we do not want anyone left behind in this systemic transformation, we call for specific actions to engage with citizens in novel ways and improve societal relevance and impact.”

This Green Deal Call differs in important aspects from previous Horizon 2020 calls. Given the urgency of the challenges it addresses, it aims for clear, discernible results in the short to medium-term, but with a perspective of long-term change. There are fewer, but more targeted, larger and visible actions, with a focus on rapid scalability, dissemination and uptake.

The projects funded under this call are expected to deliver results with tangible benefits in ten areas: eight thematic areas reflecting the key work streams of the European Green Deal and two horizontal areas - strengthening knowledge and empowering citizens - which offer a longer-term perspective in achieving the transformations set out in the European Green Deal. More information is available in this press release and in this factsheet.