More than 800 firefighters battled a wildfire sweeping across central Portugal on Sunday (21 July), after bringing under control two other blazes which left 20 people injured and prompted authorities to partially evacuate a village, write Catarina Demony in Lisbon and Miguel Pereira and Rafael Marchante in Vila de Rei.

In a statement released on Sunday afternoon, police said a 55-year-old man was detained on suspicion of starting a blaze in the Portuguese district of Castelo Branco, where the wildfires started on Saturday before spreading to nearby Santarem.

“The suspect’s actions put people’s lives, houses and the forest at risk,” the police said, without explicitly saying the detained man was responsible for the ongoing wildfire.

Internal administration minister Eduardo Cabrita said police had opened an investigation into the fires, adding that local authorities considered it unusual that all the blazes had started in a narrow time frame between 1430 and 1530 local time (1330-1430 GMT) on Saturday in the same area.

Strong winds and high temperatures were making it harder for firefighters to put out the remaining wildfire, although they have been able to control 85% of the flames in Vila de Rei, a municipality in Castelo Branco, 225 kilometers (139 miles) northeast of the capital Lisbon.

“(It will be) an afternoon of intense work,” Belo Costa, a Civil Protection official, told reporters.

Thirteen airplanes and 243 firefighting vehicles on the ground are battling the blazes, along with 20 soldiers and four bulldozers.

Twelve civilians and eight firefighters were injured in Saturday’s fires, Cabrita said. One is in a serious condition and remains hospitalized with first and second degree burns.

Castelo Branco remains under a yellow risk alert with temperatures expected to reach 31 degrees Celsius on Sunday, according to the national meteorological agency.

Ricardo Aires, the mayor of Vila de Rei, one of the affected municipalities, told Portugal’s public broadcaster RTP that there weren’t enough firefighters or resources.

Portuguese president, Marcelo Rebelo de Sousa, said in a statement that he was following the situation closely and sent solidarity to those affected.

In June 2017, a devastating wildfire in the central town of Pedrogao Grande killed 64 people and injured more than 250. The fire was the worst disaster in modern Portuguese history.

Related Topics:eufeaturedfull-imagePortugal
Advertisement
Up Next 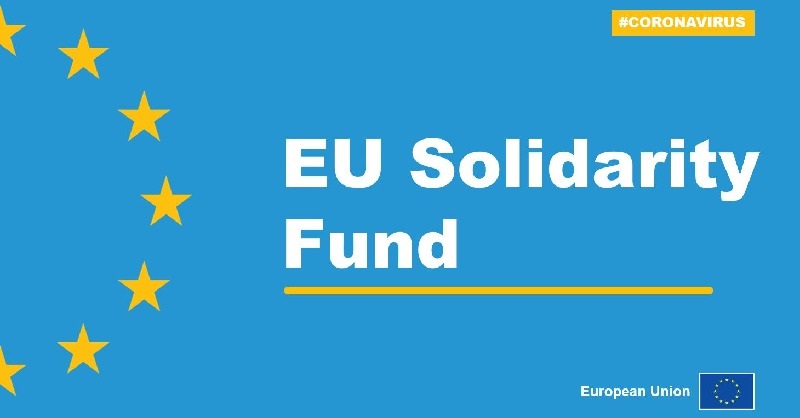 The European Commission granted €211.7 million from the EU Solidarity Fund to Italy following the extreme weather damages in late October and November 2019. This EU assistance will contribute to alleviate the extraordinary financial burden of the severe damages caused by floods and landslides, including the flooding in Venice. It will finance retroactively the restoration of vital infrastructures, measures to prevent further damage and to protect cultural heritage, as well as cleaning operations in the disaster-stricken areas. This is part of an aid package of a total of €279m addressed to Portugal, Spain, Italy and Austria hit by natural disasters in 2019.

Cohesion and Reforms Commissioner Elisa Ferreira said: “This decision is yet another sign of the EU solidarity with Italy and member states suffering from adverse effects of natural disasters. It also reminds us of the importance of investing into the EU climate action to prevent and manage consequences of bad weather conditions and side-effects of climate change.”

The Commission has announced a first disbursement of financial aid worth €88.9 million under the EU Solidarity Fund (EUSF) to Croatia, following the devastating earthquake that hit the city of Zagreb and its surroundings on 22 March 2020. This comes as a contribution to the country's efforts to assist the population, restore essential infrastructures and services.

Cohesion and Reforms Commissioner Elisa Ferreira said: “Croatia and its capital city have suffered one of the most severe natural disasters in more than a century, causing heavy damage and disruption. In addition, it happened at a moment when the population was already suffering from the effects of the coronavirus pandemic and the lockdown. Today's decision aims at alleviating the heavy burden this has had on the country and shows once again the EU solidarity in such difficult times.”

Croatia will receive the advance payment, which is the highest ever paid out under the EUSF, within the coming days. In the meantime the Commission is completing its analysis of the request submitted by the Croatian authorities and will propose a final amount of aid, to be approved by the European Parliament and the Council.

On 22 March 2020, a severe earthquake hit Zagreb, the capital of Croatia, and its surroundings. In the immediate aftermath, the EU Civil Protection Mechanism was activated to provide emergency response, mobilising tents, beds, mattresses, heaters and sleeping bags from Slovenia, Hungary, Austria and Italy to be dispatched swiftly to the affected areas. The Commission also provided support to rescue and damage assessment operations via the EU's Copernicus Emergency Management Services. Croatia then submitted a full application for assistance from the EU Solidarity Fund on 11 June 2020, within the regulatory deadline of 12 weeks from the occurrence of the disaster.

The EUSF supports EU Member States and Accession Countries by offering financial support after severe natural disasters. Since its creation in 2002, the Fund has been used for 88 disasters, covering a range of catastrophic events including floods, forest fires, earthquakes, storms and drought. 24 countries (23 member states and one accession country) have been supported so far, some of which multiple times, for an amount of more than €5.5 billion. As part of the EU response to the coronavirus outbreak and the associated public health crisis, the scope of the EUSF was recently extended to cover major public health emergencies and the maximum level of advance payment was raised from €30m to €100m.

Johnson says: We will focus on the needs of #Lebanon people

Prime Minister Boris Johnson said on Thursday (6 August) he was shocked by the blast in Beirut and that Britain would continue to focus on the needs of the people of Lebanon, write Guy Faulconbridge and William James.

“I was absolutely apalled and shocked by the scenes from Lebanon, from Beirut,” Johnson said. “I am sure that the UK will continue to focus on the needs of the people of Lebanon.”